A big super-prime resi deal has gone through in Kensington, despite the escalating international Coronavirus crisis.

We hear that a magnificent five-bedroom apartment in the David Chipperfield-designed One Kensington Gardens development has just sold, going “in excess of £25m” to an international buyer.

One Kensington Gardens completed back in 2015, delivering 97 luxury homes on De Vere Gardens in W8. The striking nine-storey block replaced the 1950s-built Palace and Thistle hotels, and the De Vere Gardens mansion block. The site was acquired by Christian Candy’s CPC Group for a reported £69m back in 2006, and secured planning permission the following year. It was offloaded to an Abu Dhabi-led consortium in 2008 for around £320m.

Strutt & Parker’s Residential Development team handled the sale of this marquee unit, which overlooks Kensington Gardens; Mayfair Private Office acted on behalf of the buyer – who is described as “a highly respected international businessperson and investor from the Middle-East.” The deal finally went through “after some months of careful negotiation,” says Adam Simmonds, Director at Strutt & Parker.

Residents of OKG get access to a 24-hour concierge, valet parking, health spa and a 25-metre indoor swimming pool.

Adam Simmonds, Director at Strutt & Parker London Residential Development & Investment: “The sale of this five bedroom apartment in One Kensington Gardens demonstrates that in an increasingly volatile and uncertain global environment, Prime Central London real estate is still considered a safe and strong investment option in addition to being a highly desirable lifestyle choice for wealthy international buyers. The One Kensington Gardens development is the biggest in the borough and most valuable in terms of total Gross Development Value (GDV) with views overlooking Kensington Gardens.

“After some months of careful negotiation, a significant deal was agreed with a highly respected international businessperson and investor from the Middle-East purchasing the property as a personal residence and long term investment. Seb Oliver and Cameron Smith of Mayfair Private Office Ltd. represented the buyer and worked closely with Strutt & Parker’s New Homes team to conclude this transaction at over £25 million.”

Cameron Smith, Director Mayfair Private Office says “One Kensington Gardens still sits as one of the most exclusive and unique developments in London, with expansive lateral space and park views. The next few months will be interesting for everyone but London will forever remain a global city where people want to live and work” 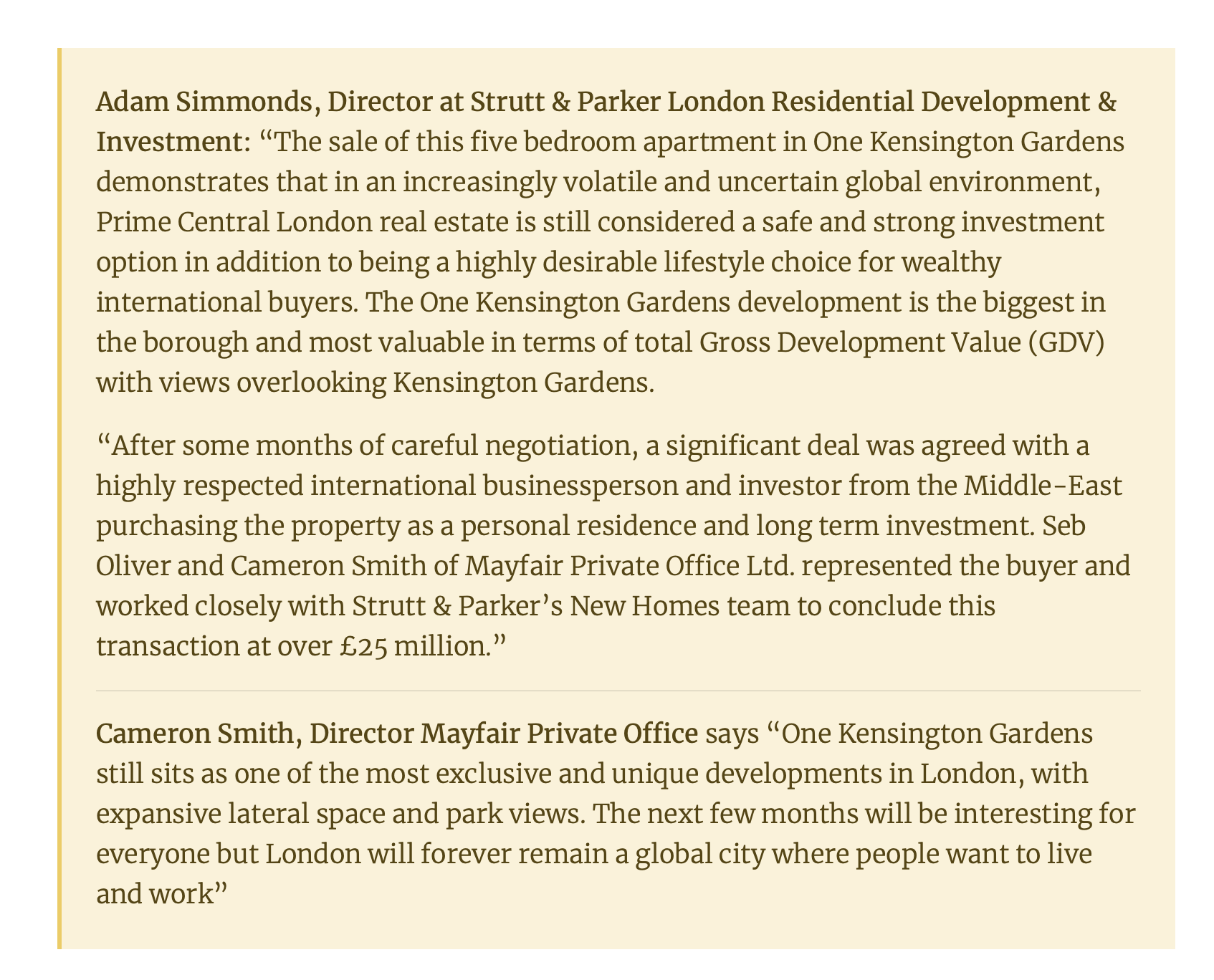 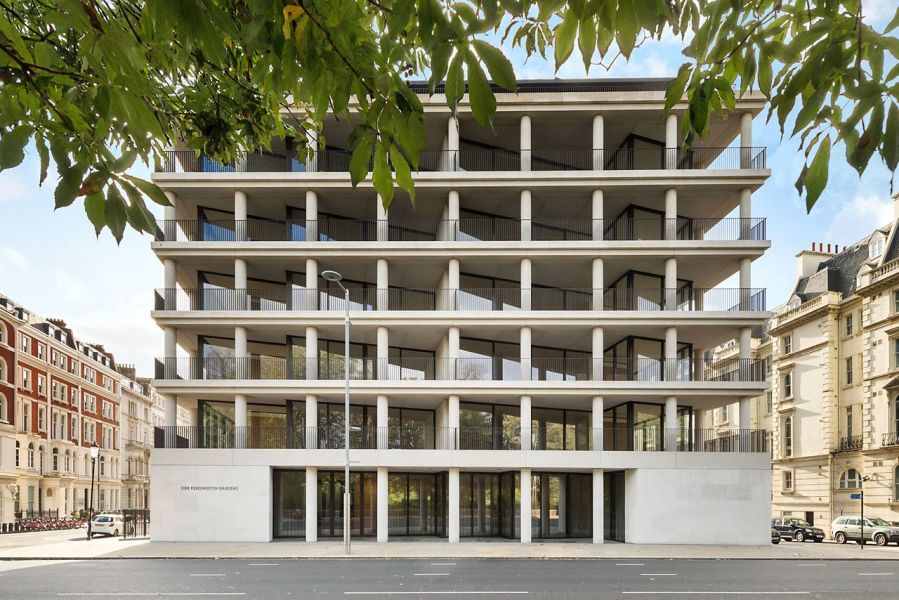