A chunky sale on one of Belgravia’s top addresses is being seen as another positive sign for the PCL market as it emerges from a tough few years.

PrimeResi understands a buyer has recently picked up a £35m townhouse and mews combo on the north side of Chester Square, marking one of the largest deals of 2021 so far.

Ceiling heights in the main reception rooms hit 3.5 metres, and bells and whistles include a five-person lift, air con to all rooms, and state-of-the-art security.

Savills and JLL acted jointly on the sale; the buyer was introduced by Mayfair Private Office.

Richard Gutteridge, head of super prime PCL at Savills (who handled the sale), said: “Given that for the last two years, values have sat at around 20% below their previous 2014 peak, there is recognition amongst buyers that prime central London is a real ‘buy’ in global terms. For ultra high net worths, London remains a key city in which to own a home and this sale demonstrates the continued desirability for real estate in one of the world’s most sought-after addresses.”

Sebastian Oliver, Co-Founder and Director of Mayfair Private Office: “Belgravia is one of the world’s most desirable places to live and houses fronting its garden squares are among the most sought-after. We’ve seen a significant increase in enquires for freehold houses with adjoining mews and are delighted to have acquired such a beautifully designed home for our client.”

Named after Chester, the ancestral home of the Dukes of Westminster, the square’s elegant stucco mansions were built in the 1830s by Joseph Cundy to designs by Thomas Cubitt, and have attracted some big-name residents in their time, including Margaret Thatcher, Roman Abramovich, Mick Jagger, Tony Curtis, HM King George II of Greece, and HM Queen Wilhelmina of the Netherlands. 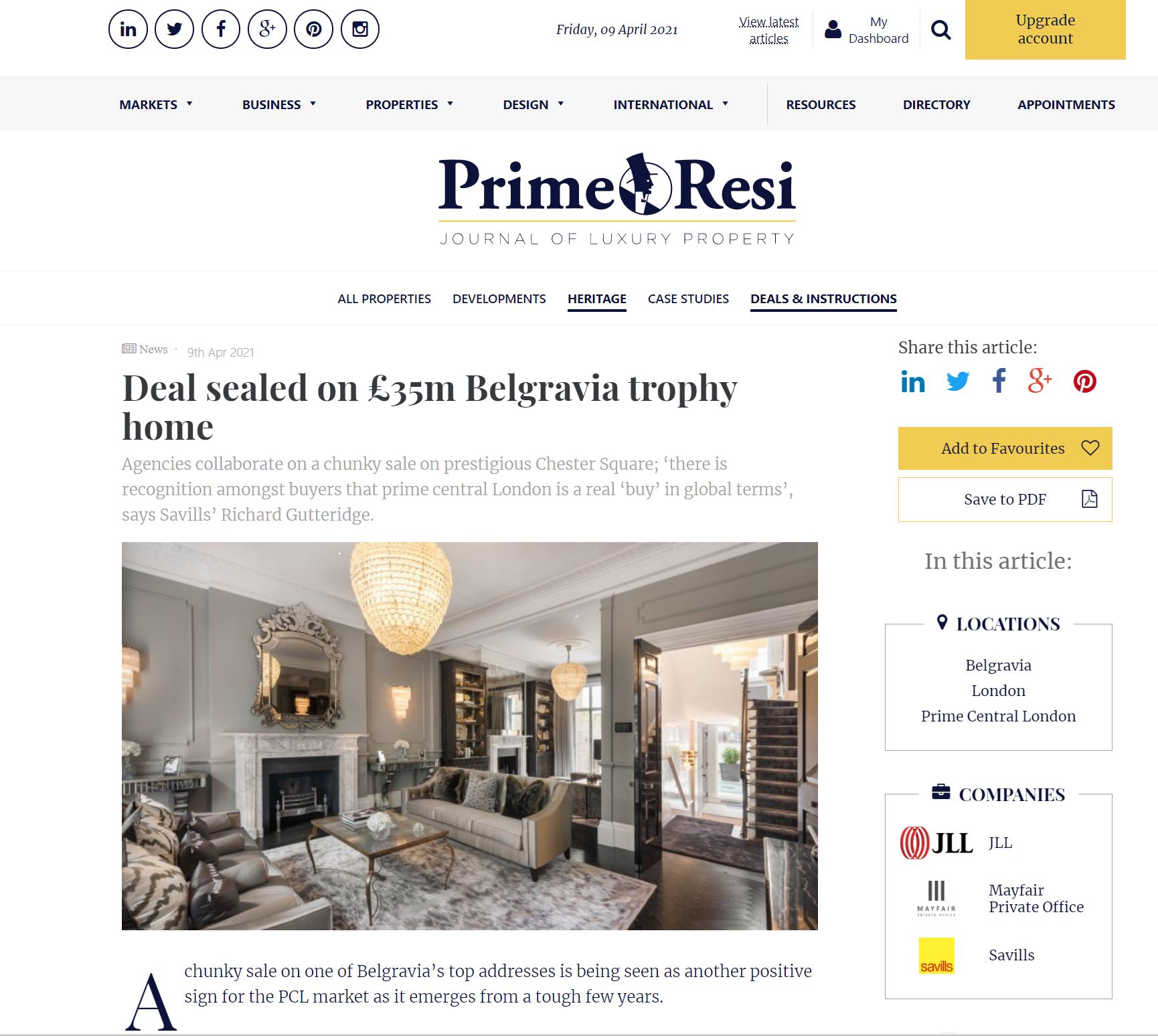 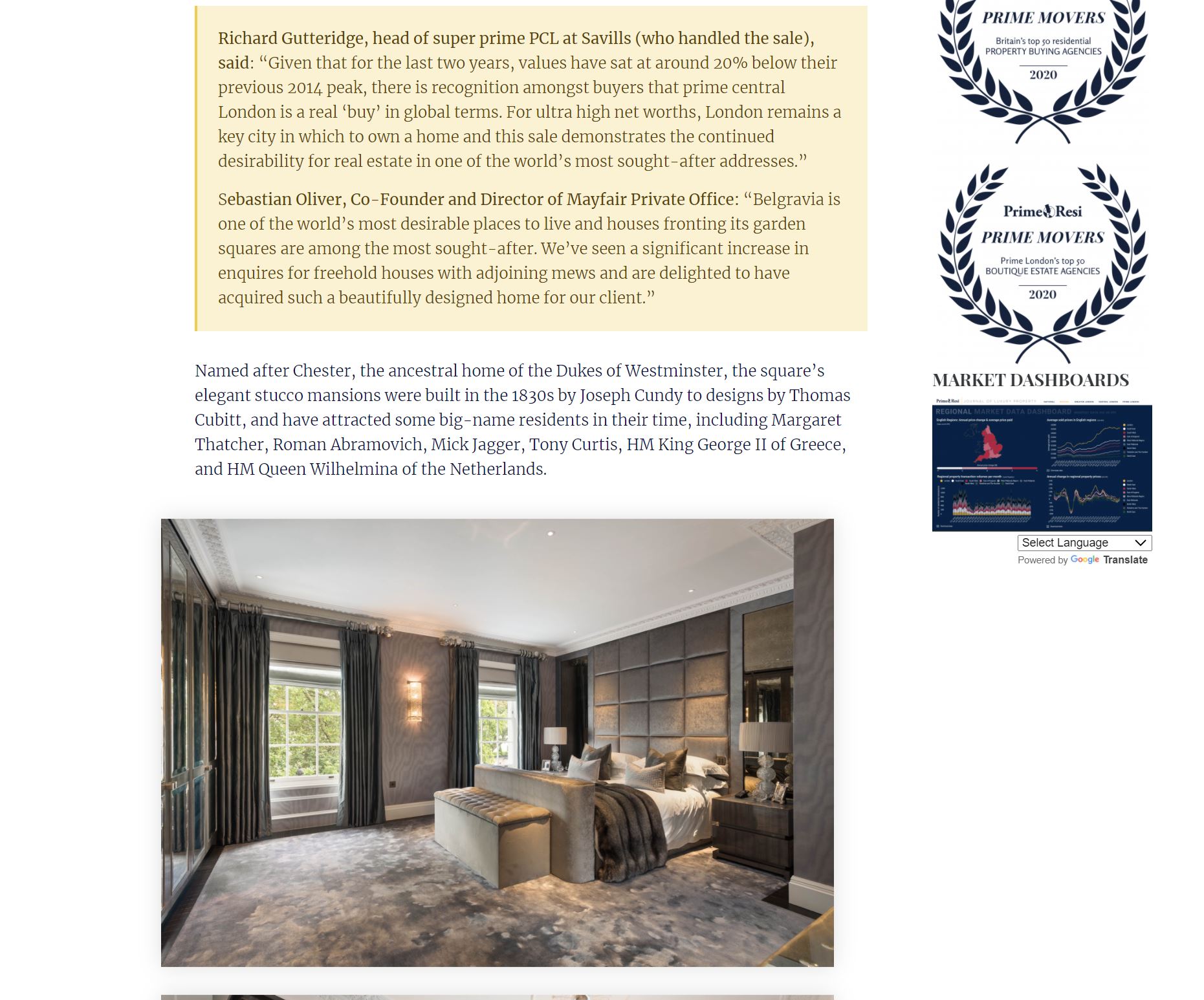